The summers down South can be simply blazing.  If you aren’t familiar with this type of heat, it can be a truly rude awakening.  When I first moved here, I was stunned by how hot it is down here. I lived out west for a length of time so, I knew something about heat.  However, I was not prepared for the combination of ultra high humidity and steep temperatures. It was staggering at first. And, all I knew was how to turn the HVAC A/C lower and lower.  This is probably the stupidest reaction one can have. Those first energy bills were wallet emptying. It didn’t take me but a few months to figure out I needed to change my HVAC behavior.  First, I sealed up the house I was living in. I added weatherstripping as well as siliconed every single crack I could find anywhere in the house. Next, I got some dark curtains to pull closed during the day.  Just stopping the ambient heating from the sun was a giant help. I took that idea a step further when I purchased solar blocking film. There are four floor to ceiling windows on the southwestern facing side of my house.  The solar blocking film did an amazing job of stopping the direct sunlight from lighting up my home. Finally, I installed a smart thermostat. This thing is the best. It has learned my patterns so, it adjusts the thermostat accordingly.  While I am gone during the day, it raises the temp by almost 10 degrees. But, about an hour before I get home, it starts cooling the house. So, by the time I’m ready to relax, the house is cool and comfortable. The summer is still a beast.  However, the utility bill is not anywhere near as savage as it once was. 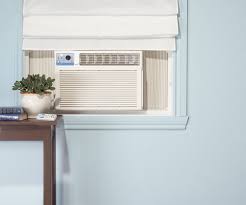