A couple of weeks ago, my daughter made an absolutely enormous mess in our house by dumping a container of glitter into our air conditioning air vents and air duct return. It was multi-colored glitter, and when the air conditioning kicked on to run the central A/C, it was an ungodly glitter filled mess all over our entire house. I just looked around in surprise as glitter rained down onto every available surface from our innocent looking A/C vents in the ceilings and in the walls. I didn’t even know what to do first. I mean, it was super hot outside and the temperatures outside were warming up even more. Of course, I wanted to be cooling by house off, but if I left the A/C running, it became a big old glitter party in my house! Not to mention breathing in glitter is no way to help your indoor air quality! No, I was just at a loss. This mess was beyond anything that I had ever dealt with as a mother before and so I did the only thing I could think of to do. I called my local heating and air conditioning company and cried to the receptionist. She completely sympathized with me, too, since she has a four year old daughter at home! She told me to just hold on and she would schedule one of their HVAC technicians to come out with their air duct and ventilation system cleaners as soon as she could. After he came and cleaned out the HVAC system, the glitter was gone and I have sworn that I will never again allow glitter into my house! 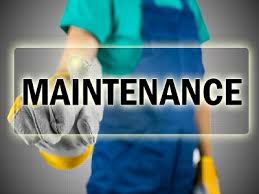