My nice friend and I are fortunate to have been roommates for nearly a year now. Things kinda worked out in that we started rooming together soon after we began now working for the same organization. Busy by trade and strenuous workers by nature, we have been privileged to have owned our humble abode for just shy of a year, having moved in early last Spring. Fast forward to now, Wintertide has swiftly started to rear its head and along with it has a series of somewhat strenuous circumstances done the same. Aside from the obvious snow and general cold that tends to go along with the Wintertide season in our neck of the woods, this particular  season has brought with it excessively cold temperatures and another unexpected aspect: static electricity. Both my roommate and I have experienced static previously in certain respects; but, there is something particular about the form of static that we’ve experienced this season. To deal with it, we soon began looking for solutions, and our search for answers led us to the local heating and cooling supplier down the street from where we live. In turn, we eventually set an appointment for a condo visit. Upon the supplier sending a team of servicemens out, they did a rather brief diagnosis and determined that the best, most cost-saving-but-sufficient measure to be the incorporation of a whole-condo humidifier. Initially unsure of their recommendation, we elected to get a hour opinion, and the hour Heating and Air Conditioning supplier advocated the same thing. As a result, we bought a humidifier from them, which soon helped our static-related concerns. 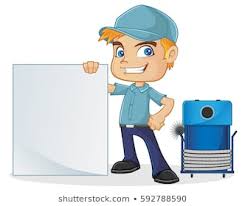