I was lucky to land in a dream job within a few months of graduating college.  As I watched some of my friends flounder along and experience setback after setback, I seemingly slipped through the cracks as far as oppressive, life-threatening adversity is concerned.  At first I set my expectations low and sought after nothing beyond financial independence and respectable health insurance coverage. Watching people you love suffer in pain because their financial situation leaves them without health insurance is scary.  My health is average at worst, but I never wanted to find myself stuck in a hole like that if I could avoid it. Once the necessities were covered and I felt confident that my savings were sufficiently padded, I widened my goals a little and decided to start saving for a downpayment on a modest house.  It took five years of putting away small amounts of extra cash every two weeks, but I finally mustered up enough funds to get a mortgage. Even luckier, I managed to find a house that fit my needs perfectly—it was big enough where my wife and I could use an extra room for a home office if we so desired, but it wasn’t so big that I was worrying about weekly upkeep getting out of control.  But once we had the keys in hand, I noticed that the basement was in better shape than I had originally thought and brainstormed with my wife over how we could make the most out of the additional space. We decided to start by getting it climate controlled. Adding a small plugin space heater for the winter months was easy enough, but air conditioning proved to be a little harder since the only two ground level windows in our basement were too small for window AC units.  Instead, we installed a ductless mini split heating and cooling system that is a little bigger than a large window unit and is mounted on a wall. Once you run the cables and tubing through a hole in the wall to the condenser unit outside, you instantly having a zone controlled furnace and air conditioner at your fingertips. It was more than capable to handle our needs as we renovated the space. 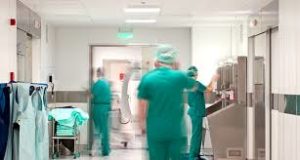